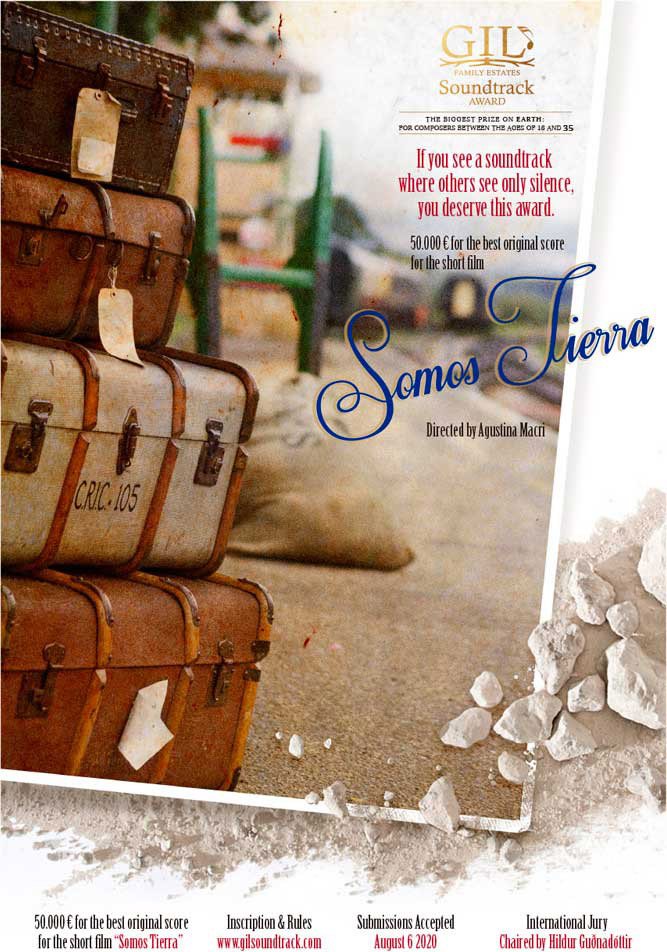 RECORD OF PARTICIPATION IN THE GIL SOUNDTRACK AWARD, WITH HILDUR GUÐNADÓTTIR AS JURY

THE 12 FINALIST WORKS TO BE PUBLISHED ON OCTOBER THE 8TH.

Gil Family Estates maintains its support for culture and plans to deliver the 3rd award for soundtracks at the end of the year in Capitol Cinemas in Madrid Young musicians composers from 49 different nationalities and 43 countries, compete by adding their music proposal to a film with human and social values Hildur Guðnadóttir, who is the first woman to win the Oscar for the best Original Score for “Joker”, presides over the jury of the third edition of the Gil Soundtrack Award 2020, the largest musical contest in the world that has broken participation record with 250 works composed by young musicians composers from all over the world. In the most complex year in its history, this award – endowed with 50,000 euros prize to the winner to complete her musical career – has a strong cultural commitment that, after global confinement, has borne fruit.

Musicians between 18 and 35 years old from Spain, USA, UK, Irán, Italy, France, México, Canada, Argentina, Rusia, Colombia, Brasil, Gemany, Australia, Venezuela, India, China, New Zeland, Japan, Belgium… up to 43 countries, have gathered their creativity as composers at the service of the short film “Somos Tierra”, signed by the filmmaker Agustina Macri. An audiovisual story with an unexpected ending that tells us about bonds with the territory, love for the family and the challenge of starting over far from home. The 12 finalist works to be published on October the 8th. The winner of the Gil Soundtrack Award 2020 will be announced on October 29, 2020. The winning OST will be performed by the Film Symphony Orchestra, directed by Constantino Martínez-Orts and formed by 80 musicians specialized in interpreting the soundtrack of films and key series in the history of cinema and television.